Don't Invite a Dead Horse To Your Meetings

Ugh, meetings, amiright? There is a not-so-insignificant percent of our population who absolutely abhor meetings--and usually with good reason. Meetings, rather, bad meetings, are notorious time and money wasters that trap teams away from their desk when they could actually be getting stuff done.

Wait a sec...isn't the purpose of a meeting to help us get stuff done? In theory, yes. But in practice, it has proven to be much easier said than done. One of the most common things we hear about what makes a meeting such a waste of time is that we have the exact same meetings, where we talk about the exact same things with the exact same people, over and over again.

Do you see "Dead Horse" on your list of invitees? Probably not. So, stop hashing and rehashing the same topics and decisions in your meetings.

In the spirit of making your business even better, we've got three tips to put an end to this vicious cycle. Ending every single meeting by implementing these three tips will ensure that action items and decisions don't get lost, and you are set up for success in your next meeting so you can talk about what's really important. 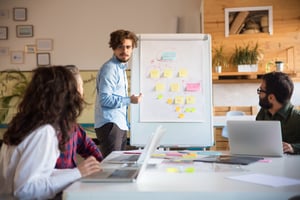 One of the reasons meetings are ineffective is a lack of follow-through. When we're not doing what we said we would do, stuff doesn't get done, and then we have to repeat conversations in the next meeting that sound an awful lot like:

A team member's lack of follow-through is almost never intentional. 9 times out of 10, we forget, or we didn't know we were supposed to do it in the first place because we didn't document it and/or don't know when it's expected to be done. 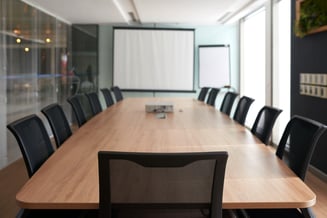 In a perfect world, the people unable to attend the meeting would remember to get themselves clued in to what they've missed, but that's not always the case. Be proactive by making a plan and designating an attendee to fill in the absentees on any decisions or action items--this will be easy because you've got them documented from tip #1! In fact, you could be really crafty and make following up with folks who couldn't attend an action item on its own.

One more thought. The same person shouldn't always be responsible for filling others in on what they missed, though, so find a system or take turns so one person doesn't get stuck doing it all the time. 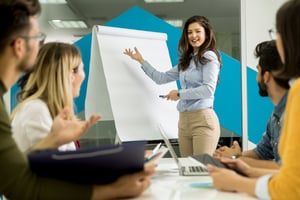 Maybe your meetings don't stink because conversations or agenda items that repeat meeting after meeting. Maybe they stink because the same distractions and bad habits derail the conversation time and time again. Guess what? They're going to keep happening if there's no tool in place to prevent them, if we ignore the tool, or if the tool doesn't do what we need it to do. At the end of your meetings, do a quick retrospective focusing specifically on group norms. Ask:

What's that? You didn't use group norms in your meetings in the first place?! Therein just might be part of your problem...

Here are some group norms we like, but the possibilities are truly endless! Think about the habits and behaviors you see in your meetings (both good and bad) and agree to group norms that will help enforce or prevent them.

Hopefully, these three tips start to make your meetings even better. Let us know how it goes!