A Fable to Fix Your Projects

I came across a story recently and thought I would pass it along to see if you can relate. 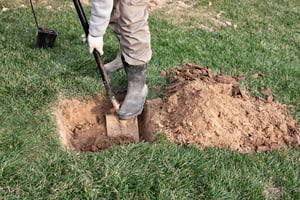 One balmy Summer morning, an old man was walking his dog when he noticed two men, clad in jeans, bright orange safety vests, and helmets, both armed with shovels. Curious, the old man paused as he watched one man begin to dig while the other waited patiently.

The first man finished his hole, and began digging another, several feet away. The second man picked up his shovel, strode over to the first hole, and began scooping dirt back into the hole, filling it.

The old man shook his head--maybe they were looking for something, maybe they were testing the soil, who knows. He tugged on the leash, encouraging the pup back to their leisurely stroll. 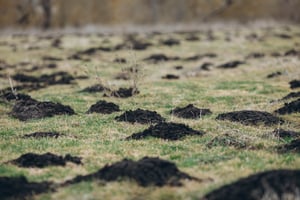 Later that day, on their routine mid-afternoon walk, the old man and dog observed that the two workers were still doing...something. They appeared to have had a very busy day, as the ground was littered with mounds of dirt where there had previously been a hole that wasn't there this morning and is no longer there now, yet had clearly been dug somewhere in the interim.

"Excuse me," the old man said to one of the workers. "What are you doing?"

The digger-of-holes removed his helmet to dab the sweat from his forehead. "Well," he said, "I'm the guy who digs the holes." He thrust his thumb in the general direction of his partner, who was about two scoops away from filling yet another hole. "And he's the guy who fills 'em."

The first man propped an elbow on his shovel. "Well, see, usually there's three of us. But the guy who puts the trees in didn't show up for work today."

The old man shook his head and walked away, grumbling something about wasted dollars under his breath.

And so our story ends with a bewildered old man and two men who are doing their jobs without actually accomplishing anything at all. Seems silly, doesn't it? But haven't we all seen some variation of this on a project before? How can we avoid this same scenario in real life, on our real projects?

Are You Digging Holes On Your Projects? 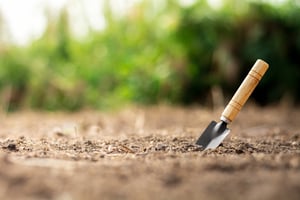 If we understand why we're doing what we're doing, we can do it better. Critical success factors on any project include making sure everyone understands the big-picture goal, and establishing the right roles and filling them with the right people.

Think of a project you're working on right now. Can you answer the questions below? Can your fellow team members answer them? What about your PM?

1. What are you doing and why?

2. Who's doing what for this project?

Are You Paying Someone to Dig Holes for You?

Sometimes our team doesn't have the bandwidth to dig our own holes, and we need to hire someone to help. Remember those two questions above? Same rules apply if we want to be successful. We desperately need everyone working with us on a project to be on the same page--this includes people outside our organization who impact or are impacted by a project.

Don't dig dumb holes. Know why you're digging them, what you're going to do with them, and the who's and how's associated!