January 24th, 1975, Köln, Germany. 17 year old Vera Brandes was desperate. Months of work arranging a benefit concert by the great jazz pianist Keith Jarrett suddenly came undone. Jarrett’s preferred piano had failed to be delivered to the opera hall. When he arrived, sleep deprived and with a backache, he saw the dilapidated rehearsal piano and stormed out, refusing to play. With only minutes before 1,300 paying audience members took their seats, Brandes was now knocking on Jarrett’s car window, pleading with him to stay.

Crisis can have a way of sharpening our focus - if we have the right mental skill set. I’m a creativity coach - I teach people and organizations how to be more creative. You may already believe that “The way we do things” is the biggest enemy of progress. Sometimes, we resist change in favor of the comfortable “way we do things,” other times, events occur that make “the way we do things” simply impossible. March 2020 fell under the latter.

Creativity and creative thinking isn’t simply the domain of artists - painters, writers, and musicians. Creativity is the ability to solve a problem in a way that is novel and appropriate, or new and useful.

Creativity can also be an intentional practice, rather than a randomly occurring accident. Having team members with the skills to be deliberately creative can make them even three times as valuable as team members without these skills.

But, most importantly, in the face of challenges that make it impossible to keep doing things “they way we do them,” team members with a creative mindset are conditioned to ask, “So, what can we do?”

In a back brace, Keith Jarrett reluctantly returned to the opera hall and examined the piano. It was tuned, he was told, “the best they could.” The sustain pedal was broken. The upper registers were jangly. The lower registers were worn out. And 1,300 people were waiting to hear Keith Jarrett’s legendary jazz tones. How could he make this work?

The three key components I coach people through are Psychological Safety, Curiosity, and Divergent Thinking. By increasing any one of them, you can increase your level of creative thinking.

Psychological Safety allows you to ask, “What can we do?” If a solution isn’t perfect, it allows you to investigate ways to improve it.

A curious mind is primed to seek solutions and make connections with the rest of the world. Curiosity is what allowed Alexander Fleming to discover penicillin, and what allowed Percy Spencer to invent the microwave after noticing his radio transmitter melted a chocolate bar.

And divergent thinking allows us to think of not one or two, but ten or twenty or one hundred different solutions. As the pioneering creativity psychologist Alex Osborne said, “Quantity breeds quality.”

Keith Jarrett’s producer rolled tape. He wanted to have a recording that showed just what a disaster it is when you don’t give Keith Jarrett the right piano. But then, something amazing happened: Jarrett entranced the audience. He played music unlike he had ever played before. He played a 26 minute improvisation, inventing new mixtures of styles to compensate for the weaknesses of the piano.

And when it was over, the audience roared to a standing ovation. The recording was sold as an album: The Köln Concert. It is, to this day, the best selling jazz piano album of all time.

Fortunately, you don’t need a crisis to bring out your best creative thinking. You just need to practice the right mental habits: psychological safety, curiosity, and divergent thinking. Make creative thinking a regular practice, and your organization can continue to innovate, crisis or no crisis. 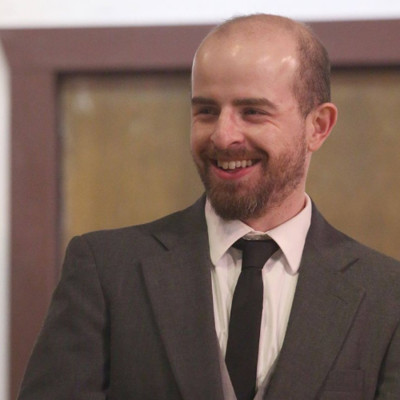 David Dubczak (pronounced Doob-chak) a.k.a Creative Dave, loves helping people be more creative. He believes everyone has their own secret “Genius Mode,” and creative thinking is the key to unlocking it. David has been a middle school teacher for 10 years and is the author of, “Activate Your Genius Mode,” and the new “Genius Mode: School Edition” to help teach anyone the creative thinking skills that turn you into a genius. David is also an award-winning producer and playwright, and his video productions have won several awards with organizations such as the Iowa Motion Picture Association, Broadway World, and the Festigious International Film Festival Los Angeles. Are you ready? If you are, please don’t hesitate to reach out to us! contactus@yourclearnextstep.com