I Hate to Tell Ya, But We're Running Late

Four Tips for Explaining Your Lateness

“This is taking longer than I thought”

“Something went sideways, and we are going to take longer at this than we had planned”

As we look through words and phrases like those, most of us dread hearing them. Having recently had a car in for body work much longer than expected, I know how much I don’t love to hear those words. But what I’m finding, is even more than we hate hearing them, most of us also dread saying them. 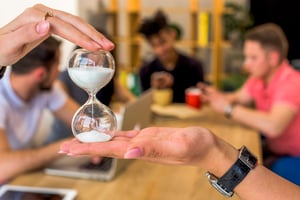 Delivering a message like, “we’re running late” creates such a miserable feeling for so many of us that instead many of us just keep quiet. Instead of uttering those dreaded words, we keep them to ourselves and hope maybe the recipient will just be glad when they get whatever is coming their way.

My friends, this must stop. These few tips below offer four reasons you might dread saying those words and how to overcome that dread. It’s fair to note that you may not dislike saying those words for the same reason as the person sitting next to you, so not every tip will resonate to every person, but I think that we can all find a little bit of ourselves in some of these tips. You might not want to tell someone that the thing they were hoping for is going to be late because, frankly, you don’t like communicating with others in the first place. You might rather just go about your day and have your work speak for itself. You might prefer minimal dialogue, minimal interactions with others, and a message like this, that will undoubtedly involve a longer conversation about why we’re behind, is, frankly, unappealing.

So, what do you do about it? For this type of person, one who doesn’t prefer to communicate, one who tends to share the minimal amount of information necessary, and one who doesn’t delight in the company of others or interpersonal exchanges, how do you make it palatable to say to someone, “we’re running late”? Simply say less. No one is asking you to say all of the details, provide all of the evidence, or explain how the sausage got made at this time. “We had planned on Tuesday. Circumstances changed. We are currently looking at a Wednesday delivery. Let me know if you have questions.” Keep it short, simple, but at least give them information.

It’s possible you are uncomfortable sharing a message of this caliber because you are still maintaining an overabundant sense of optimism that you can still pull it off. Your sunny disposition, your ready smile, and your outgoing personality, that sometimes manages to have magic materialize around you makes it hard for you to want to tell someone else you’re going to be late for two reasons. First, you might be worried they won’t delight in your optimism the same way others do. And second, you might still be holding out hope that it will come together like it has for you so very many times before. And honestly, look at how many times your optimism has paid off! It’s hard to question that! But your stakeholder, the person expecting something from you, still deserves to know if something is likely to run behind. 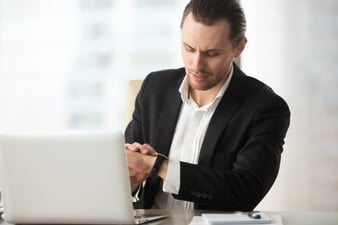 So, how do you make it more palatable? Turn it into a story. Share the story about what has happened in a way that draws your audience in and helps them relate to you and where you’re sitting. Share your optimism and hope with them. Say, “here are the things that have come up along the way and here is what we’ve done about them. It could still happen that these things come together, and we get to deliver, and if we do, here are the amazing things that have happened in the background. But there’s also a chance that we don’t make it on time and here’s the outcome that we would see. I’m working every angle to pull this one off for you, and I’ll keep you posted.” This way, you’ve had a chance to tell your story, to share the experience, to help set the stage for a possible delay so that they aren’t surprised, but you’re still maintaining your faithful demonstration of the work you’re doing for them. 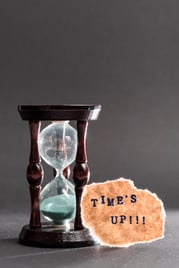 You might not want to tell someone that the deliverable is going to be late because the whole conversation has you wrapped up in fear. There is fear that they will erupt in anger or frustration. There is fear that they will take their business elsewhere. There is fear that there will be long-lasting repercussions. And, somewhat worse than that, there is the fear that when you tell them, they will ask you to give them a new target date, and if you were wrong on the first target date you have no confidence that you can be right on another one. You are so afraid you think it is safer to just keep quiet and plug along until the thing is done. No, my friends, this one doesn’t work either. The eruption of anger is likely still to occur, and anger when mixed with surprise sometimes exaggerates its proportions exponentially. I can be angry or frustrated but if you also caught me unaware, that anger tends to be less tempered by rational thought.

So, what do you do? You get the facts. Use your love of precision and accurate information to itemize or create a timeline of the facts that are involved in this situation. What was the original estimate and what was it based on? What was the thing that changed and when did you know about that change? What are you communicating now and what is the next communication point? What are the two or three likely outcomes at this point? Sometimes in our desire to be precise, we imagine falsely that we have to give a single number. Honestly, anytime we are predicting project work that will be completed in the future, a range or a set of dates is far more accurate than a single moment. Make the list or the detailed accounting of what actually happened and what the outcome possibilities are and share that. Keep it as factual as you can, and minimize emotional baggage words.

You might be reluctant to tell someone that something is going to be late because that look in their eyes or that sag in their shoulders when you have let them down is more than you can stomach. You pride yourself on your ability to serve and make life easier on others. You prefer to be behind the scenes, an unsung hero, getting things done, greasing skids, making the trail easier for those around you. When you have to tell someone that the thing you were going to do for them by a given date is not going to be done on time, a piece of your heart chips away a little. You tend to be harder on yourself than anyone else around you, so this critical lens of letting someone else down is hard for you to recover from. It’s better, in your mind, to just not deliver that message. Alternatively, when you deliver that message, that calm relationship that you’ve gotten used to with that person runs the risk of turning volatile as they get frustrated, disappointed, or annoyed at their circumstances, and you would just prefer the even keel day-to-day of it. But my friends, staying silent here is not an option either. 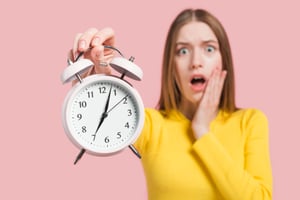 So, what do you do about it? I invite you to consider the framework of the relationship you’ve built with the other person and put this into context. For example, if 99.9% of the time you are on time and this lateness is unusual, or if this is a small task compared to the many large things you’ve delivered successfully, take a moment to put this into perspective. Contextualize it in the big picture. Think through for a moment the why of the task in the first place. What’s the benefit of this task for you, or for them? Is there any other way to help them achieve the outcome sooner, or even a part of the outcome? In a calm and gentle voice, seek them out, face-to-face or on the phone if possible, use a phrase like “Thank you for your patience”. Express your loyalty and commitment to getting the thing done, tell them about the things you’re doing or are being done on your behalf to work towards resolution, and offer to help them with a temporary work around. In this case, you’ve continued to demonstrate your consistent nature of being useful, helpful, or serving to others without compromising the spirit of customer service that mandates that we demonstrate effective communication especially in times of delay.

So, there you have it, four common reasons you might not want to tell someone you’re running behind, and four ways to overcome that desire to stay silent. Some of you will also recognize themes from our DISC training. Check out How to Work Better With People Who Think and Communicate Differently Than You Do, or click on Contact Us to have us bring tailored workshops to you and your team.