Just a few weeks ago, my younger daughter was in a four-wheeling accident. She had been riding with a friend on their property, and the two of them crossed a land bridge separately on their vehicles. On the one side of the land bridge, the farm pond was clearly visible. On the other side, the brush and scrub from the lower ground had grown up in such a way that if you didn’t know there was a ditch there, you might think it was just un-mowed grass…which was the problem for my daughter. In her strong desire to avoid the water, she strayed too close to the edge where the ditch drop-off was, caught her wheel off the firm path, and went head over tea-kettle into the ditch, watching the four wheeler fly over her and land several yards away.

Happily, she escaped with just a few scratches, scrapes, and a couple of bruises, and the four-wheeler itself was quickly put back into service. But the cautionary tale here is an interesting one we can apply in our workplaces and our teams.

You see, the land bridge wasn’t clearly “marked” as such, or if it was marked, it wasn’t marked in a way that someone new to the area understood.

Bear with me here while I jump topics – it all comes together in the end, I promise. 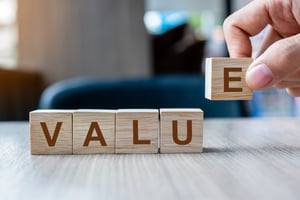 For some number of years, creating core values as an organization has been a common practice. In many cases, organizational leadership identifies characteristics by which they would like the organization to be known, and then creates a set of values, often in the forms of keywords or phrases that are placed on posters throughout the organization.

Sometimes, employees are invited to vote on what they believe the values are, and the highest votes are then worked into the core values statement. Other times, someone in leadership says, “this is how we should be known” and creates the list. And I’ve both facilitated and been an active participant in strategic planning sessions helping volunteer boards and leadership teams identify, discuss, and decide on their core values.

Determining core values is not setting some lofty goal that isn’t who you really are. Truth be told, if others don’t see you demonstrating your core values, they’re not really your core values. They should be core, permeating your actions, your interactions, your conversations, and your communications. I recall hearing author and speaker Andy Andrews say, “it’s like football – you can’t call yourself a ‘winning team’ if your stats show nothing but losses.”

At the opposite extreme is setting the bar too low. I recall facilitating a strategic planning session for a professional association, and as the assembled group described the words by which they wanted to be known, “competent” came to the top of the list. I remember the catch in my voice as I asked, “Really? You’d like to set a core value as ‘competent,’ as in, ‘adequate,’ ‘just enough,’ ‘mediocre,’ ‘barely getting by’? Don’t you want something a smidge closer to greatness?” 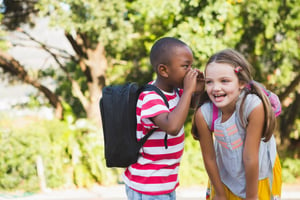 But even worse than these, and which I’ve seen far too often, is the pain that happens when organizations write down their core values, and then forget about them. Those who were present in the conversation may recall one or two of the anecdotes of the moment, or they may even feel passionately about one or more of the values, but as new people join the team, and as the days and weeks turn to months and years elapsed, like that old game of telephone, the message gets a little lost in translation. Without the constant reminder like “Freaky fast” of Jimmy John’s, a core value like “swift response” might turn to “response within a reasonable time” which could devolve eventually into “I’ll get to you when I get to you.”

The people who were part of the original construction of the core values – like a land bridge, perhaps, separating the things we are from the things we are not – know the path, and they stay on it. But without markings or boundaries with clear indicators of what’s okay and what’s not okay, the weeds can start to grow up, making the edge of the path less clear. Before long, someone, likely someone newer to the team or the organization, loses their footing all together, and goes tumbling off into the ditch, taking their customer(s) or their team with them.

As strong supporters of EOS (both a service we offer to our customers as well as a way we operate within our own business), we diligently completed the core value exercise. I was pleased to find how much of the essence of what I believed was “core” to our values came through in our discussions, and I was humbled by the truth of the unmarked edges and the recollections of missteps that happened when I had not been as diligent about explicitly covering our core values with newer team members. We are in lockstep now on our core values, and it’s such a joy to know that they are not just in someone’s head – they are documented, published, talked about, considered, and used as decision-filters in every function of our business and as part of the evaluation process for every person in our business. 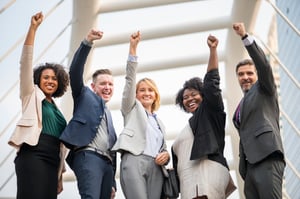 Core values should be so core that everyone who is part of your organization – employees, customers, vendor partners, business associates – could identify those values based on your actions and your interactions. And in order for it to be that core, we have to be intentional.

Whether you’re considering core values for your organization, your family, your team, your friend group, or your volunteer association, I encourage you to be intentional about defining and documenting the values that you hold dear, and then keeping them at the forefront, using them to make decisions and to engage others, and clearly marking the path so that together, you stay on solid ground.