We all find ourselves in tough moments. It is so easy to look at others in a tough moment and blame them or make assumptions about how they are acting or thinking. Those assumptions are the worst thing we can do to keep a positive working environment. Instead, we need to show everyone Unconditional Positive Regard (UPR). Here are 5 things to remember to help you show UPR during those tough times.

1. Everyone has value and worth 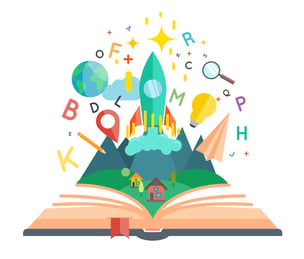 Because it can be hard to understand another person’s story or their thought process, we will naturally fill in some of the gaps ourselves. When we get cut off in traffic, we tend to jump to conclusions. We get angry and frustrated with the other driver, when we can’t be sure of what is really going on in their car or life. Maybe the other driver is on their way to the hospital because their wife is having a baby. Of course we're inclined to assume they're a bad driver with rude intentions, but if we make up a good story to explain their actions, we can avoid some of the anger and frustration. When going in to difficult situations, from getting cut off in traffic to addressing an employee’s poor behavior at work, it will help to make up a good story about what might be causing their behavior. This helps us avoid jumping to conclusions and ensures we are able to show them UPR.

3. Separate the behavior from the person

We tend to assume that how a person acts is who they are -- which is unfortunate if we catch them on a bad day. Think of a time you blew up at someone or behaved poorly. Is that really who you are? Is that how you want people to see and know you, all the time? Probably not. So don't make that same mistake for others. This can be especially dangerous when we get into the tough moments. Associating a person closely with their poor behavior impacts your ability to show them UPR, and likely lessen the productivity of the conversation. When you find yourself in a tough moment, remember that a person’s behavior is temporary, but their value and character are permanent.

4. Think about when you were in the same spot 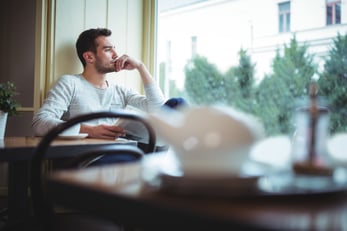 With tough moments all around, it is highly likely we can all think back to a time when the roles were reversed, and one of those moments didn’t go very well. Did the person you were working with show UPR? If they had, would you have been able to work through the situation any better? Remembering a time when you were in a tough spot, or when UPR was missing, will help you demonstrate UPR.

5. Assigning blame is not the point

Much like it is important to remember that everyone has value, you also have to remember that the purpose of the conversation is not to point fingers or assign blame. Doing so is not productive and will only make matters worse. Instead of blaming the other person, try to move on and focus on resolving the issue at hand with the future in mind. How will you expect next time to be different?

The next time you find yourself in a tough moment pause and think. Are you showing everyone UPR?