The God of the In-Between

Change is an important topic here at Your Clear Next Step. Sometimes, in season of change, there is a space in-between what was and what is going to be which can be an uncomfortable place to be in. We invite you to enjoy this inspiration from a recent intern, Lydia, as she shares her perspective on finding comfort during an in-between.

Isaiah 43: 16, 18-19 says, "Thus says the Lord, who makes a way in the sea, a path in the mighty waters, 'Remember not the former things, nor consider the things of old. Behold, I am doing a new thing; now it springs forth, do you not perceive it? I will make a way in the wilderness and rivers in the desert.' " *

These verses have been tremendously helpful to me in this season of my life and to my friends who have found themselves in transition. As I mentioned in this blog post, I graduated college last year. From mid-April until May of that year, I was in a weird space. Something had ended, and something was beginning. The hard part for me, was that I didn't know what was beginning. This is where I met the God of the in-between.

I had graduated college. I had a job. I was going to move soon. However, that summer I was between those two realities: college student and employed adult. I know that this is true of many people that age, but it was an uncomfortable space for me to live in. I had taken my foot off one stone, but it didn't feel like I had arrived at the next stone. This had left me feeling as though I was suspended in mid-air.

When I started the season, it felt like a colossal waste of time. I wanted to hurry up and get where I was going. I didn't want to wait. This same sentiment was expressed to me by some of my peers. They had found an in-between job just for the summer or a short season, but they wanted to get on to the next thing and figure out what that was.

God gently came beside me and invited me to slow down. What I realized is that it wasn't wasted time. Even though it seemed like I was spinning my wheels and going nowhere, I was right where I was supposed to be.

That is where "now it springs forth, don't you perceive it?" comes in. I was convinced that God was twiddling His thumbs just as I was. Turns out, He wasn't. Isn't. He is at work, right now, in the in-between. I'll get to what I have learned in a bit, but I want to talk about something else first. 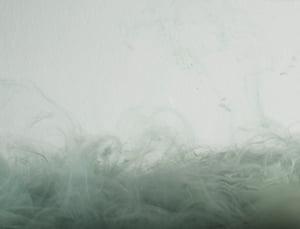 The in-between is a nebulous place to be. Fortunately, God gets it. "[W]ho makes a way in the sea, a path in the mighty waters." I'm not a sailor, but I have seen the ocean. Unlike land, navigating the sea is not obvious. I can't look out on the sea and discern what lies below or what path I need to take to get somewhere. Honestly, that's kind of hard on land too, but I firmly believe this is even harder on the sea. Which is why I love the fact that God says He will make a way. What gets me in this verse is that He says it twice! He knows I'm going to be skeptical the first time, so He says it again.

Then, He follows that up with a mighty promise, "I will make a way in the wilderness and rivers in the desert." For me, the in-between feels like a wilderness. You might feel that way too, as if there are few great or even good things happening in that time. God's response is that He will make a way. Not only that, but there will be RIVERS in the midst of that season. God doesn't just give a little bit of water, He gives an abundance of water!

In all of this, God does not say where we are headed. He doesn't say what the new thing is. What He does promise is His presence and provision in the midst of it. This has been an awesome thing to be able to experience. I invite you to look for the rivers in whatever desert you are experiencing now.

Throughout my graduation season, I learned many things about God and myself. Some of them come from the verses I shared, and some are my lived experiences.

Isaiah 43: 16, 18-19 says, "Thus says the Lord, who makes a way in the sea, a path in the mighty waters, 'Remember not the former things, nor consider the things of old. Behold, I am doing a new thing; now it springs forth, do you not perceive it? I will make a way in the wilderness and rivers in the desert.' " *

These verses in Isaiah tell me that new is a part of God's character. This is not the only time that God talks about doing something new either. In other words, God is not unfamiliar with new. This is a great comfort to me as I navigate new in my life. I am confident that God is not only unsurprised by the new, but He is present in the new. 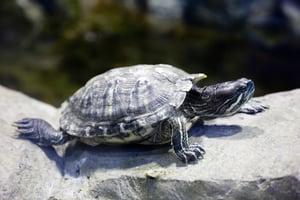 As I wrapped up my college career, God invited me to slow down. He invited me to be present and mindful as I navigated the in-between with my classmates. As I stopped to reflect along the way, I realized that I am more patient than I ever thought I was. I have realized there are beautiful things along the way, and if we go too fast, it is easy to miss these conversations and moments.

God of the In-Between 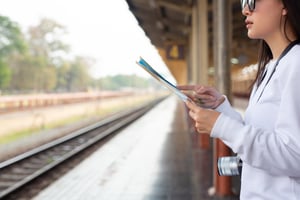 It is easy to believe that God is present in the big moments such as graduating, getting married, or having a baby. Then there are the awkward moments, the time of preparing for a wedding or waiting for the baby to come, where it is much harder to believe that God is present. I am delighted to tell you that He is fully present in the in-between. God was teaching me and talking to me just as much during my awkward moments as He has in the more obvious moments. Even though I forget to look for Him, He is right there, doing a new thing, making a way, and asking me to simply step back and watch.

Change is going to happen. Transition is going to happen. They are both happening right now. It can be easy and tempting to ignore God or choose not to invite Him into change and transition, but we must. What I have learned, and hope you will learn as well, is that God wants to be in the in-between. I hope you have a chance to walk with Him in it. 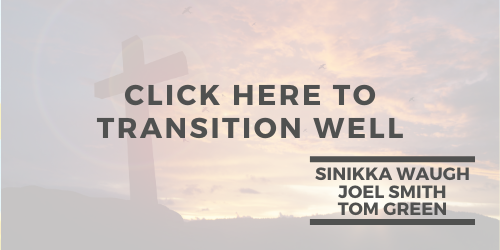 Church has always been about more than a building: church is about the people. And change is mostly hard for people. As Christ-followers ourselves who have been leading and coaching others through marketplace changes for years, we at Your Clear Next Step are thrilled to offer churches a set of tools and resources to help you navigate these transitions well.

Lydia Magalhaes was an Administrative and Communications Intern at Your Clear Next Step. She helped with outreach to young professionals through her blog writing. Outside of this, she helped with final proofing and data analysis. Lydia graduated from Simpson College, with a major in Secondary Education and Mathematics Are you ready? If you are, please don’t hesitate to reach out to us! contactus@yourclearnextstep.com